Meetings are held April through December on the first Wednesday of the month at 1pm.

The Congress of Union Retirees of Canada (CURC) is an affiliate of the Canadian Labour Congress. It advocates and lobbies on issues relevant to retired union members and their spouses. Learn more.

According to their website, the Ontario Federation of Union Retirees (OFUR), "is dedicated to the proposition that Ontario retirees, as free citizens, are entitled to secure and protect their mutual welfare and that of their families by all legitimate means." Unifor's Department of Retired workers is an affiliate of OFUR. Learn More.

The United Senior Citizens of Ontario is a not-for-profit organization formed to represent the needs of seniors. The focus is on seniors' quality of life, community participation and independence. Learn more.

National Pensioners Federation is a Canadian not-for-profit organization who's mission is to ignite public interest in the well-being of seniors. The focus is on financial security and independence. Learn more. 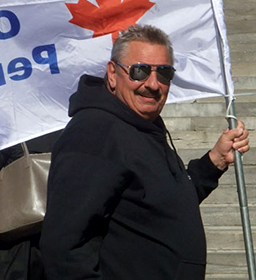 This section is a resource for retired Local 584 members.